Checkout Our Sales, Promos, and Discounts here! Use Promo Code WINTER21 at Checkout 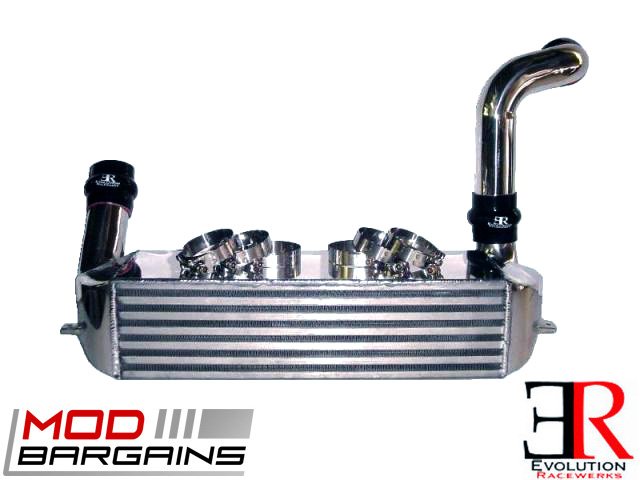 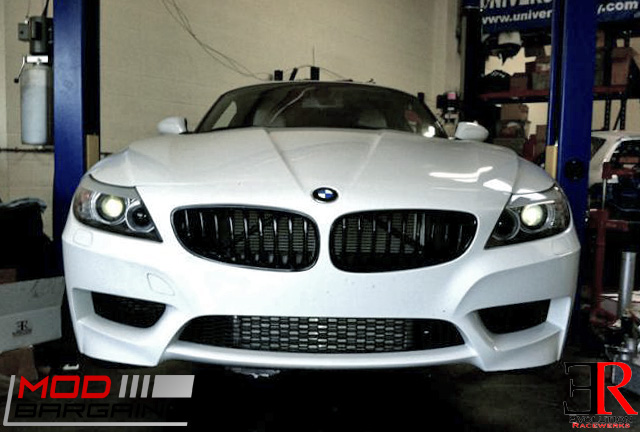 Basic - The Basic Kit consists of the intercooler assembly, upper intercooler piping, silicone hump hoses and t-bolt clamps. Everything you need to install the FMIC on your car and is what is typically included in most FMIC kits out in the market. 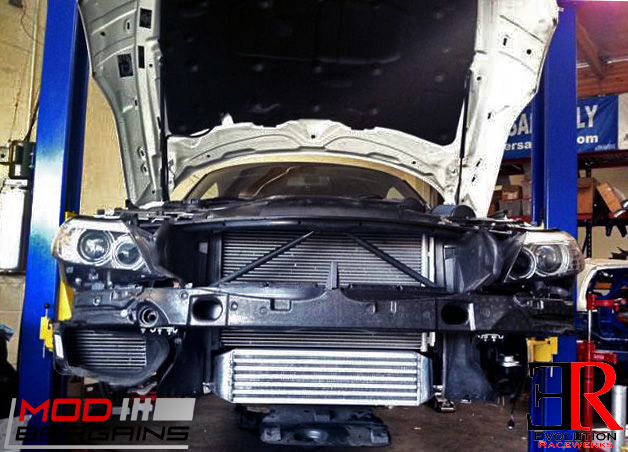 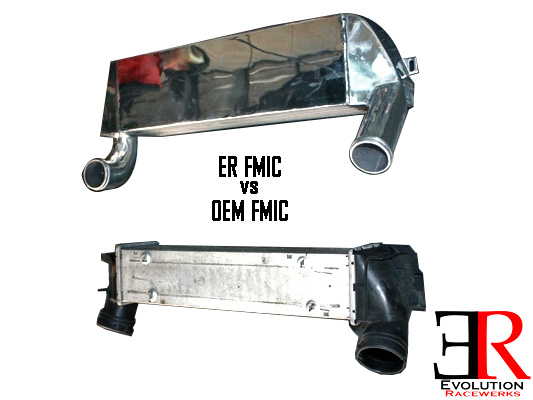 Evolution Racewerks' end tanks design has been revised numerous times to promote smooth internal air flow. The cast end tanks allow a smooth radius on the inner edges of the end tank, causing less turbulence. The inlet pipe angle has been changed to provide a smooth entry into the end tank and removes an extra bend that the factory hoses have.  Rubber hosing expands under boost pressure.  This expansion disrupts internal flow and causes turbulence, all of which slow down airflow velocity (which causes slower boost spool up and decreased throttle response).  By replacing the factory rubber hoses with hard piping, noticeable increases in boost spool up and faster throttle response can be seen. 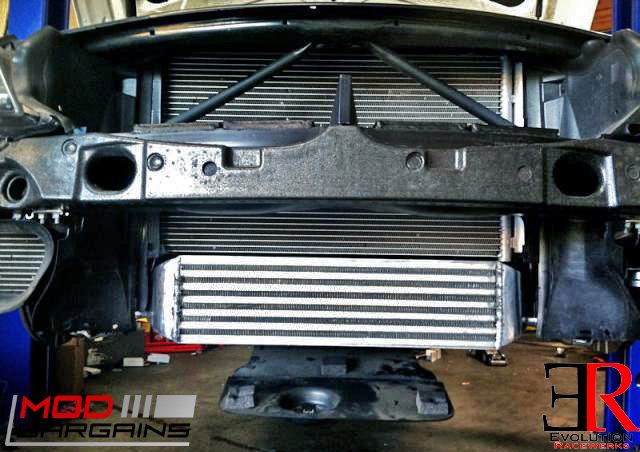 This makes for even greater efficiency, just like how the BMW engineers designed it to do.  With the optional carbon fiber shroud ducting, even greater efficiency can be had.  The carbon fiber shrouding channels airflow from the center grill to the intercooler core. Air wants to travel through the path of least resistance, which in this case is around the intercooler core instead of through it.  The carbon fiber shrouding prevents this and forces air to travel through the core. Even with a small fan on the dyno, intake air temperatures are still very low.  Also, by maintaining the factory configuration, we do not block airflow to the radiator at all.

Performance
Unlike turbo kits and other parts where the main power adder is constant, intercooler gains is based largely on how badly the current intercooler setup working and will vary from setup to setup. Dyno graphs do not properly show the performance of intercoolers, intake air temperatures do as that is the job of the intercooler.  A car running factory boost pressures and The Evolution Racewerks' Intercooler will see lower gains than another car running more boost with the same intercooler.  Even running upgraded downpipes and exhaust will affect overall gain. You will see a 15 to 25 hp to the wheels gain based on your modifications. On high boost cars, we have seen 25+ hp gains. 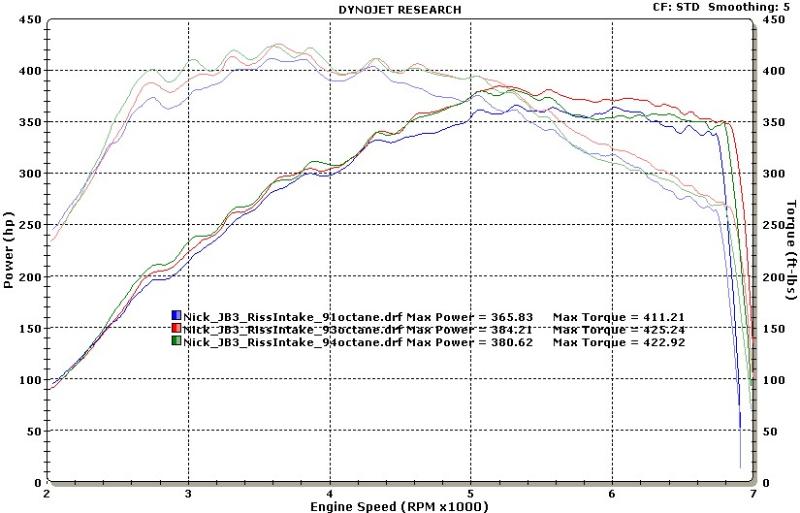 The above dyno is on a 135i and made 384whp, and 425 ft./lbs. Evolution Racewerks Intercooler, Catless downpipes, Exhaust, Intake, and Juice Box 3 on 93 octane. 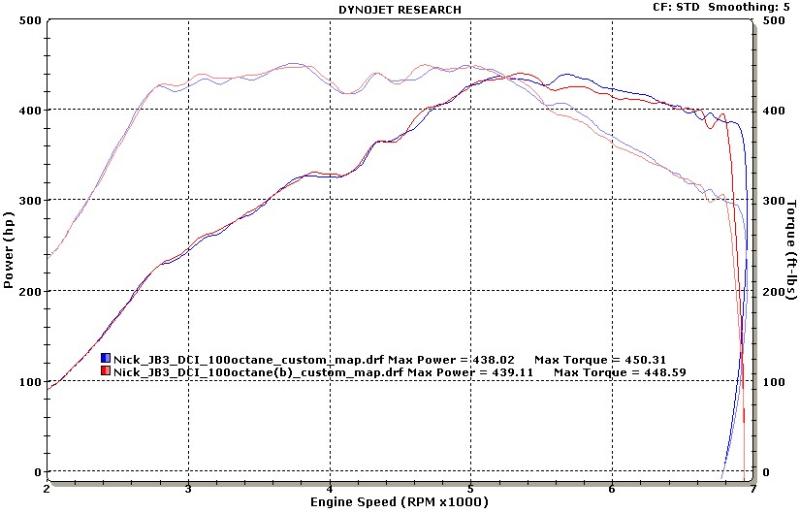 The above dyno is on a 135i and made 438whp, and 450 ft./lbs. Evolution Racewerks Intercooler, Catless downpipes, Exhaust, Intake, and Juice Box 3 on 100 octane.