Checkout Our Sales, Promos, and Discounts here! Use Promo Code NY22 at Checkout

RaceChip's RS is their bestseller. A completely new optimization software with enhanced engine-specific adjustments, high-quality hardware as well as a comprehensive service and warranty package will make every driver’s heart beat faster.

RaceChip RS comes to you with the right mapping for the engine in your N55 Powered BMW. You can also use the Mobile App to choose from 6 fine tuning mappings in order for the chip to gradually better fit your needs as well as the engine’s performance and characteristics.

The RaceChip RS increases the torque available and efficiency at the given engine speed. Therefore, a higher gear can be selected, less gear-changing is necessary in general, and fuel is used more efficiently. As a result, your N55 Powered BMW's MPG can be increased by up to 20%.

Control your RaceChip via bluetooth: The chip communicates with the RaceChip app via Bluetooth and enables you to easily control the performance increase by choosing between 3 tuning modes from your smartphone: Efficiency for saving fuel in urban traffic, Sport for improved mid-range flexibility on open roads, Race for maximum performance. 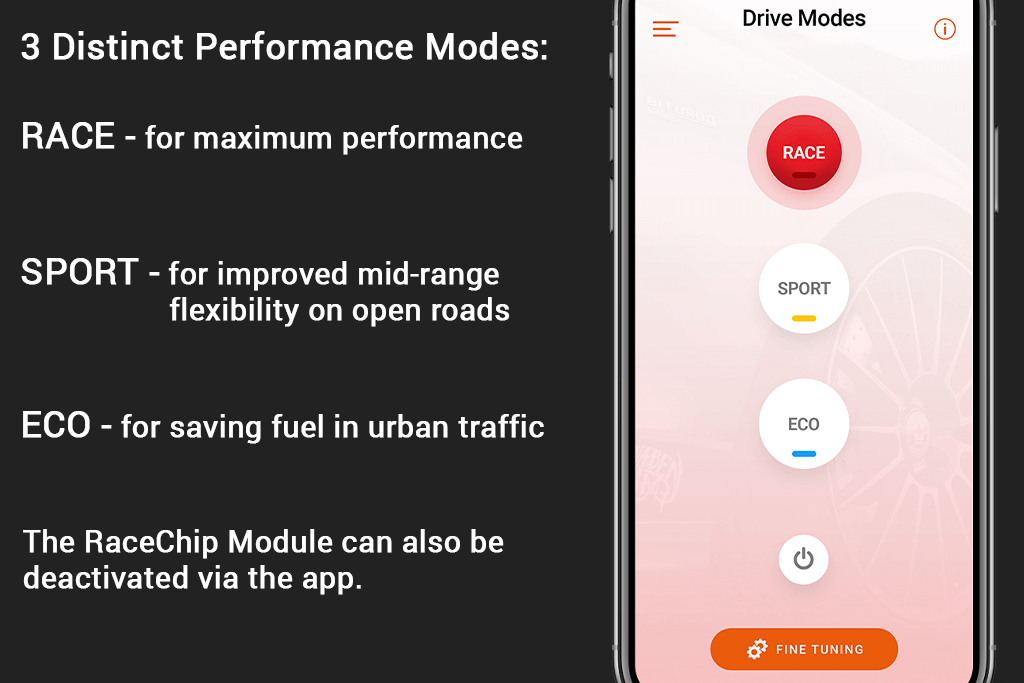 Use your smartphone to choose between 3 tuning modes from the RaceChip app; Efficiency for saving fuel in urban traffic, Sport for improved mid-range flexibility on open roads, Race for maximum performance. The RaceChip RS can also be deactivated via the app. 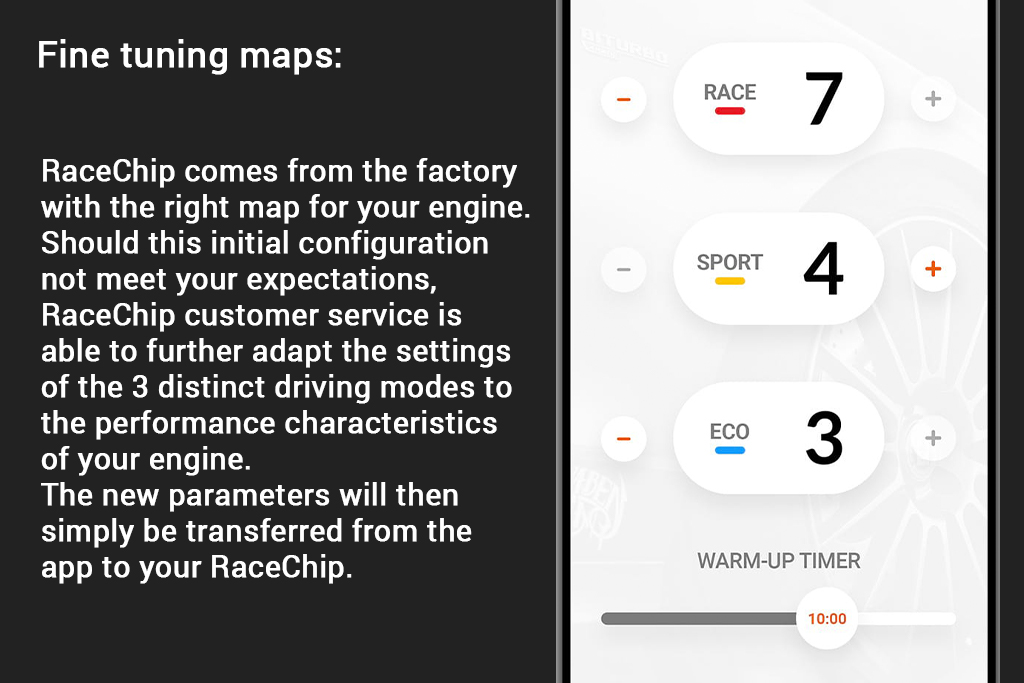 It’s better for the engine if it is allowed to warm up properly before being asked to deliver maximum performance. The warm-up timer puts the upgraded performance on tap only after the engine has reached working temperature, reducing wear. 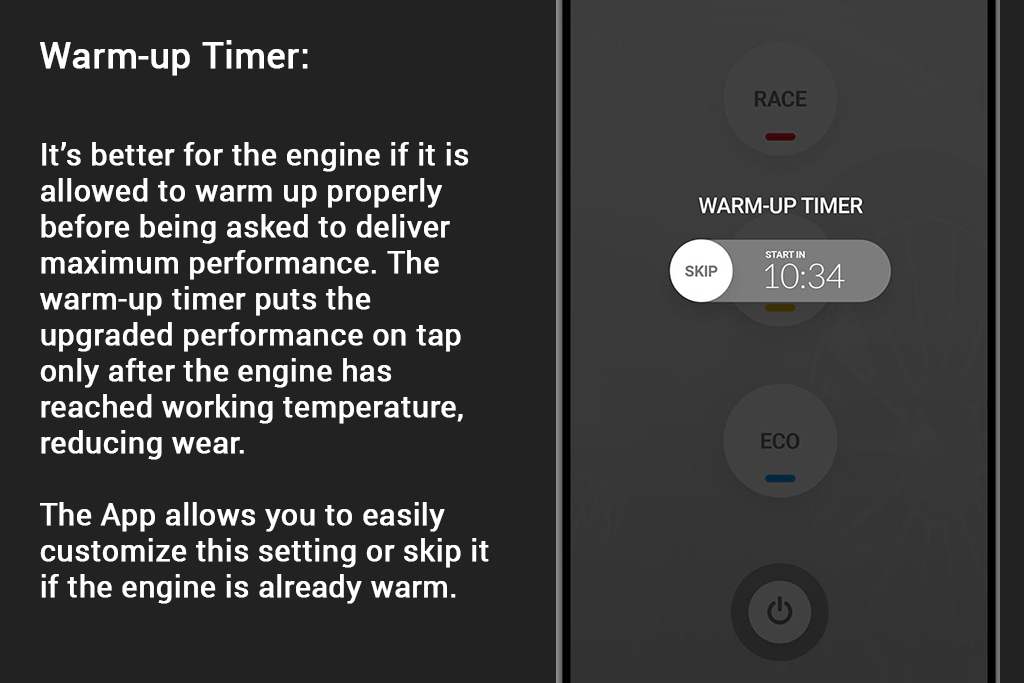 The RaceChip comes from the factory with the right map for your engine. Should this initial configuration not meet your expectations, our customer service is able to further adapt the settings of the 3 distinct driving modes Efficiency, Sport and Race to the performance characteristics of your engine. The new parameters will then simply be transferred from the app to your RaceChip.