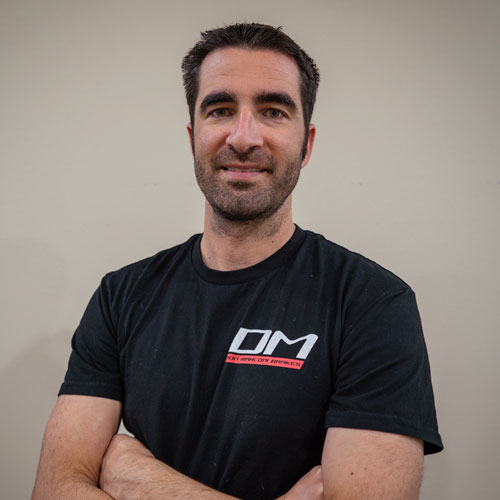 CJ was born and raised in Monterey CA and attended college at Long Beach State University. He earned his BA in Film and Electronic Arts with a minor in Computer Science. Soon after graduation, he knew that southern California would remain his home. At a young age, the car scene had always peaked his interest. His first car was a 96 BMW 328i. Quickly, he realized that the desire to modify his personal vehicles would drive his passion for the car modification scene.

In a pursuit to advance within the car industry, he upgraded from the 328i to an E36 M3. The M3 quickly became a project that was an endless money pit; overtime, it turned into a full-blow show car and was a frequent competitor at local shows. The car underwent many transformations and was among one of the first cars to have the Active Autowerke supercharger kit installed. A few years later, it was upgraded to a Technique Tuning turbo kit.

Fast forward to the present, and with a shift in the car industry to include EVs, came the Tesla Model 3! To get an early jump on the newly released Model 3, he purchased one in 2018. From the start, the vision was to build a full-blown show car. Over the next 2 years, the mods started to pile on quickly: Bagged, wrapped and RUINED would be the best way to describe it. It has become a labor of love and a recognized favorite on the SoCal show scene. The car has won trophies at just about every event. CJ was one of the founding members of the crew “RUINED Tesla” and is the current SoCal chapter Director.

CJ has always been a DIY kind of guy and has become known as a modification trend innovator. All the modifications on his Tesla have been done out of his personal garage. Outside of work and cars, CJ spends his free time with his wife and 2 dogs. 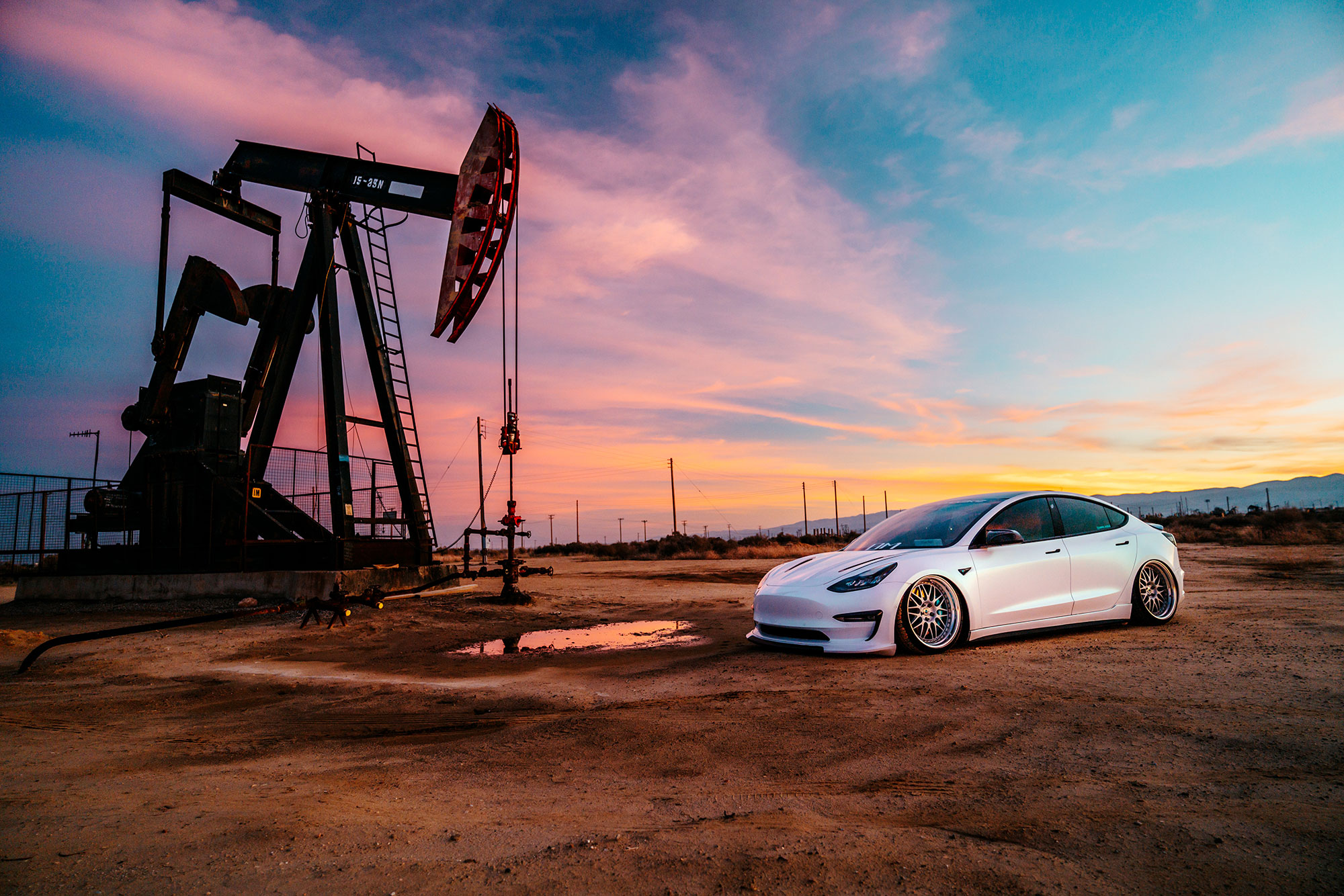 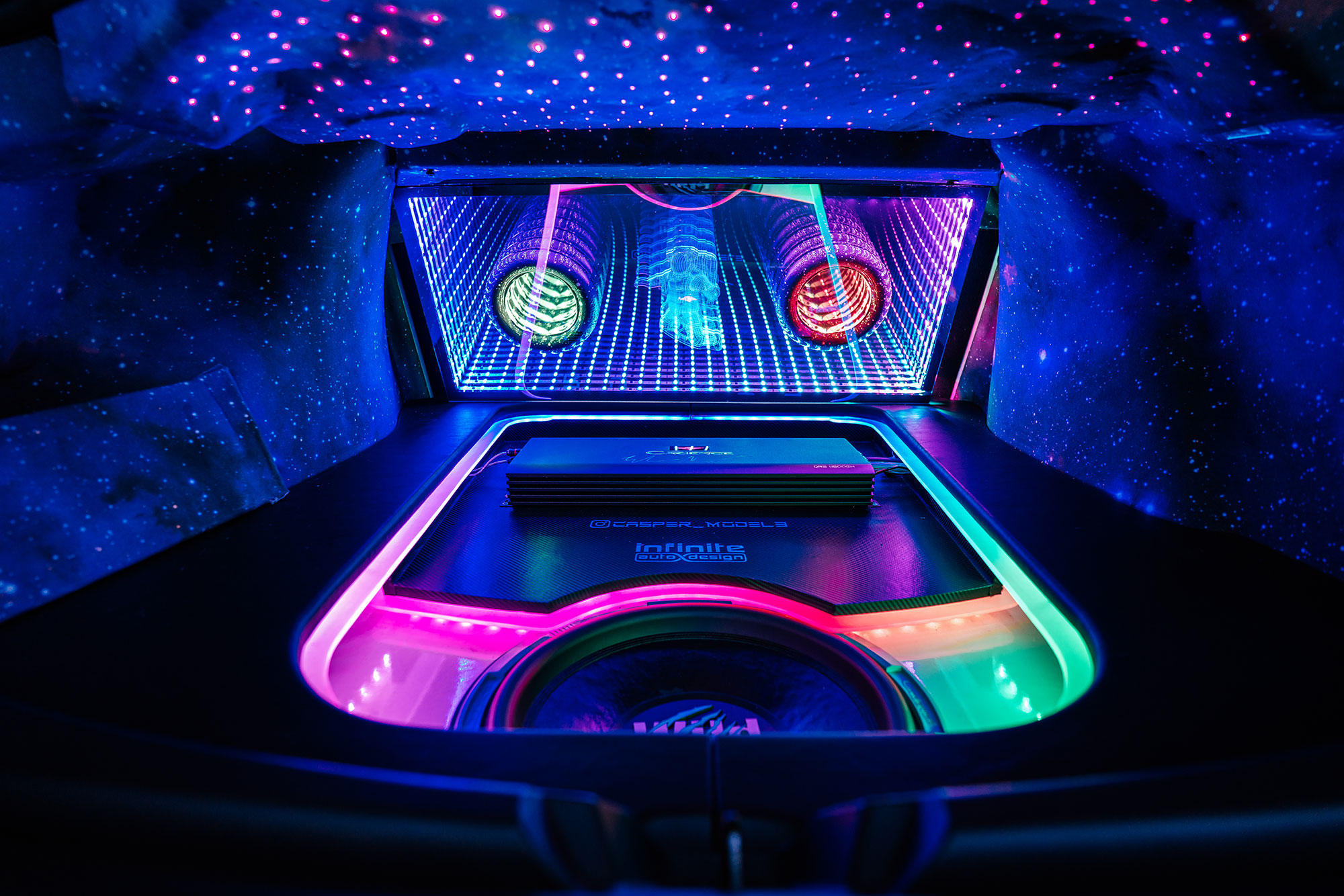 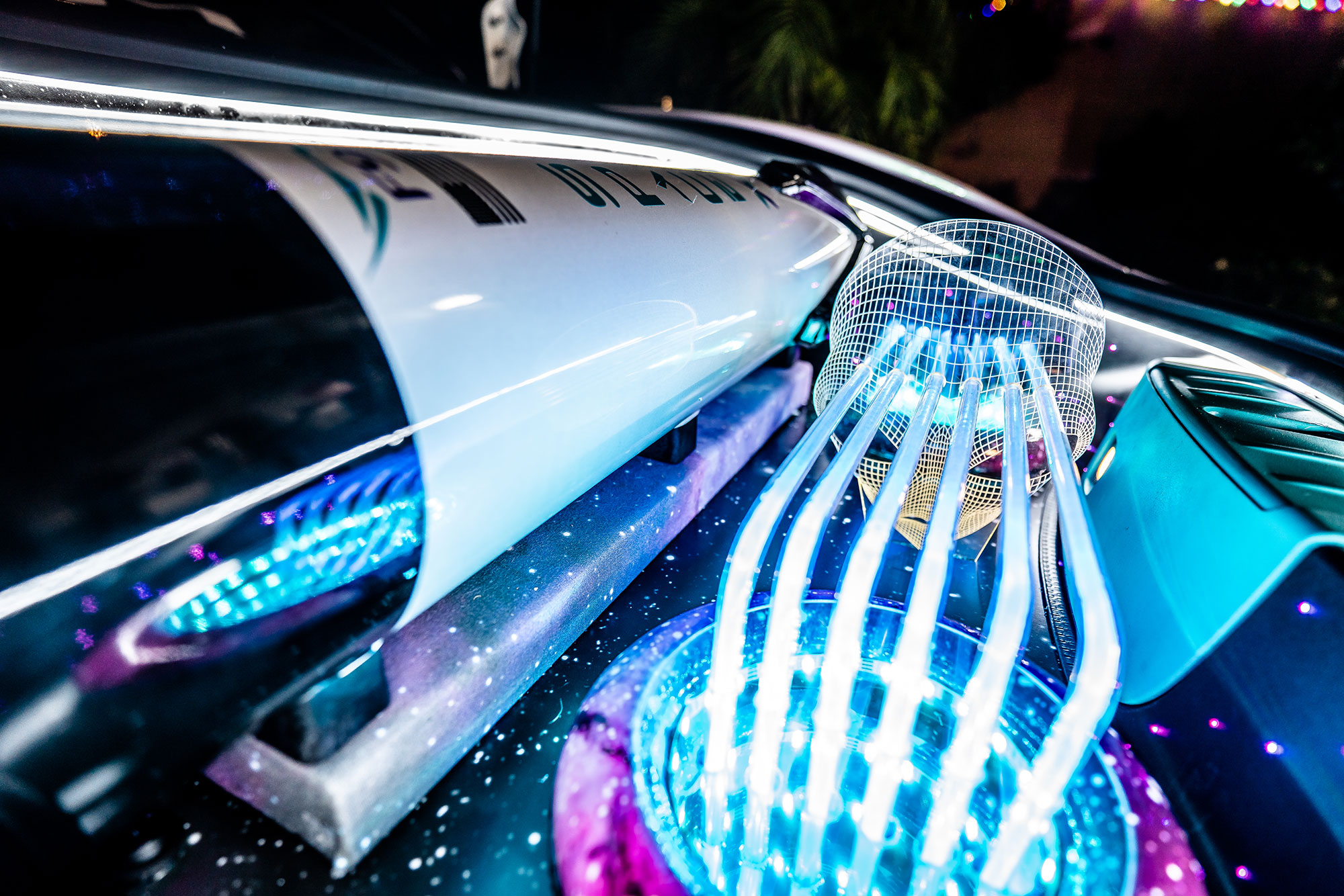 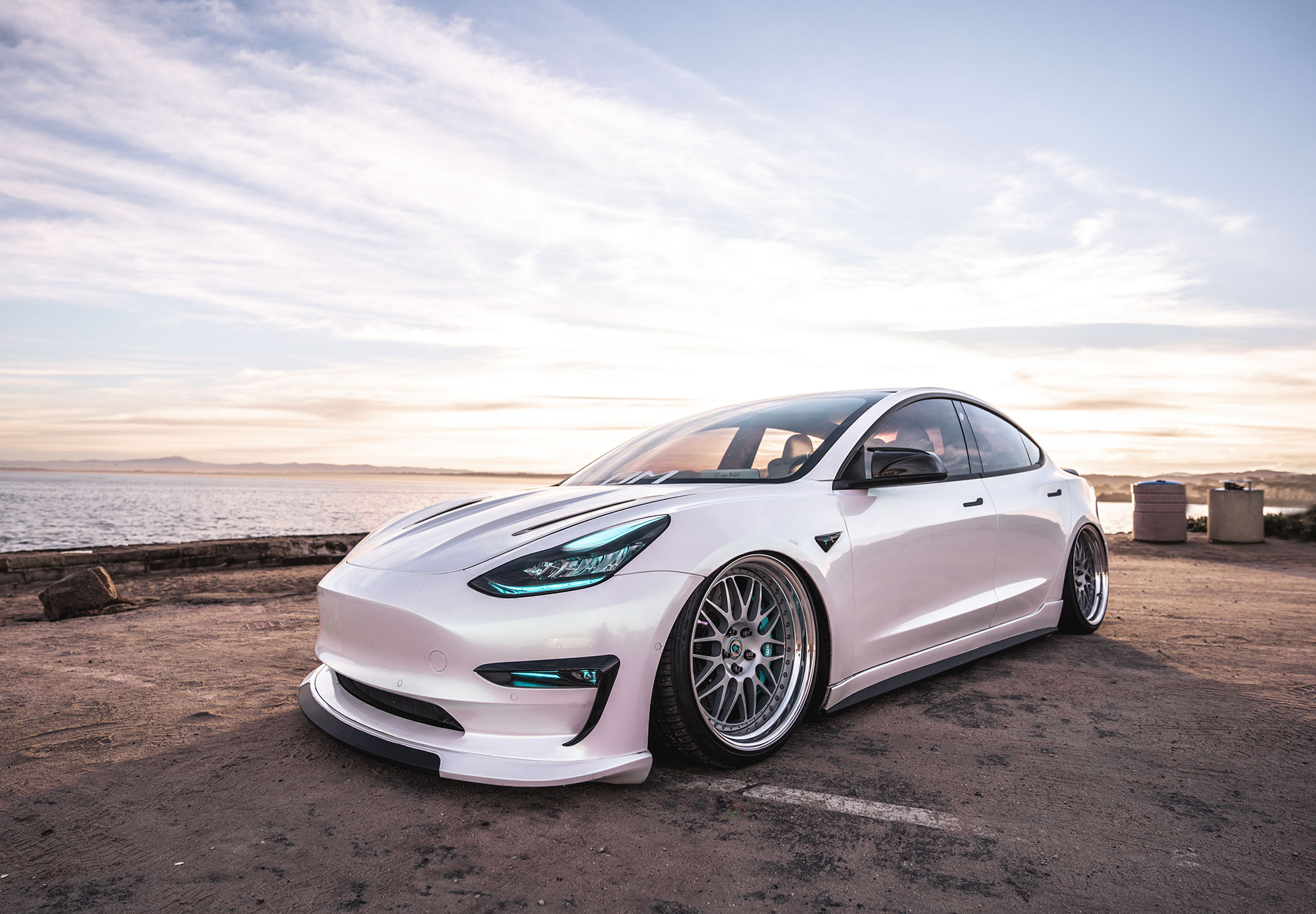 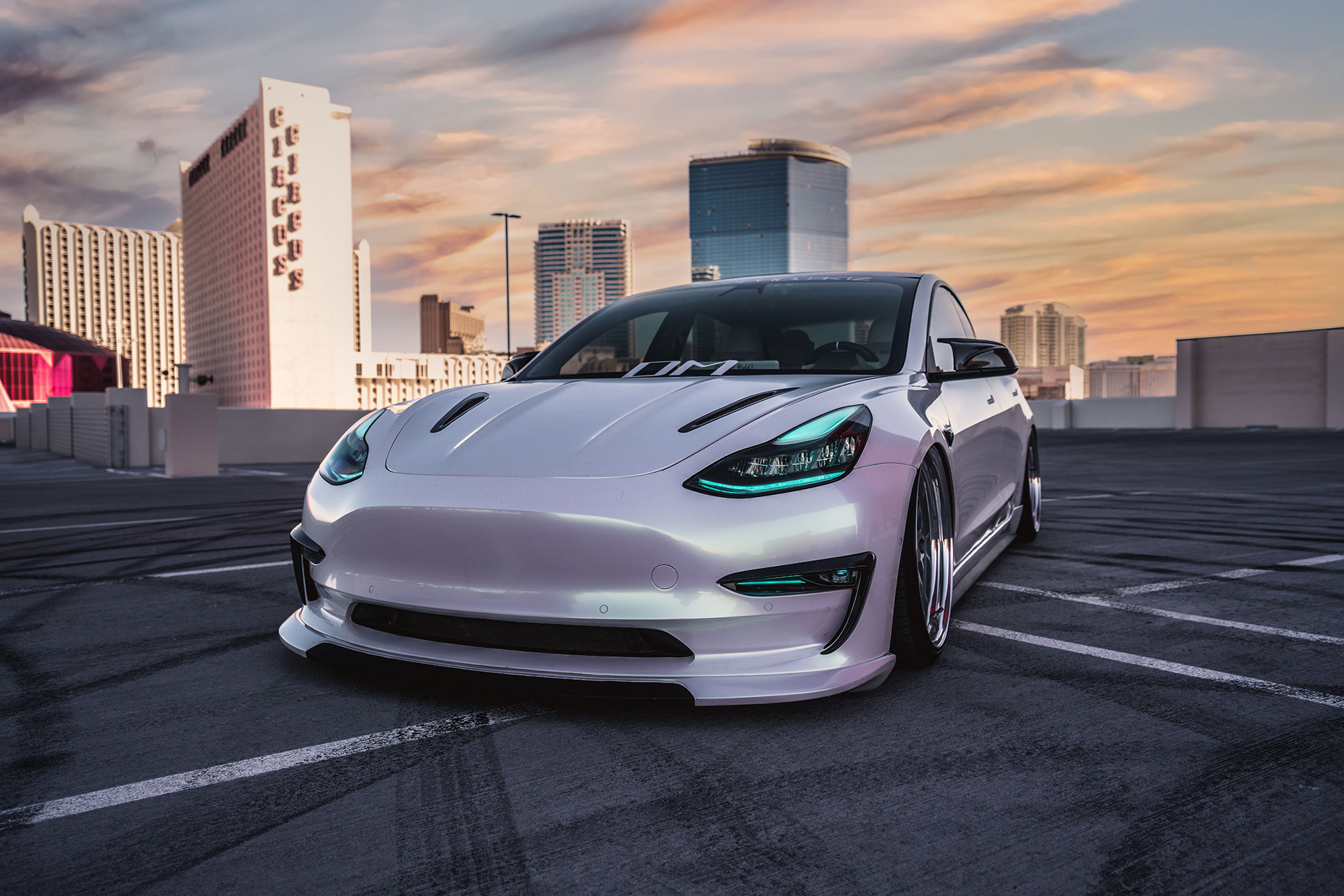 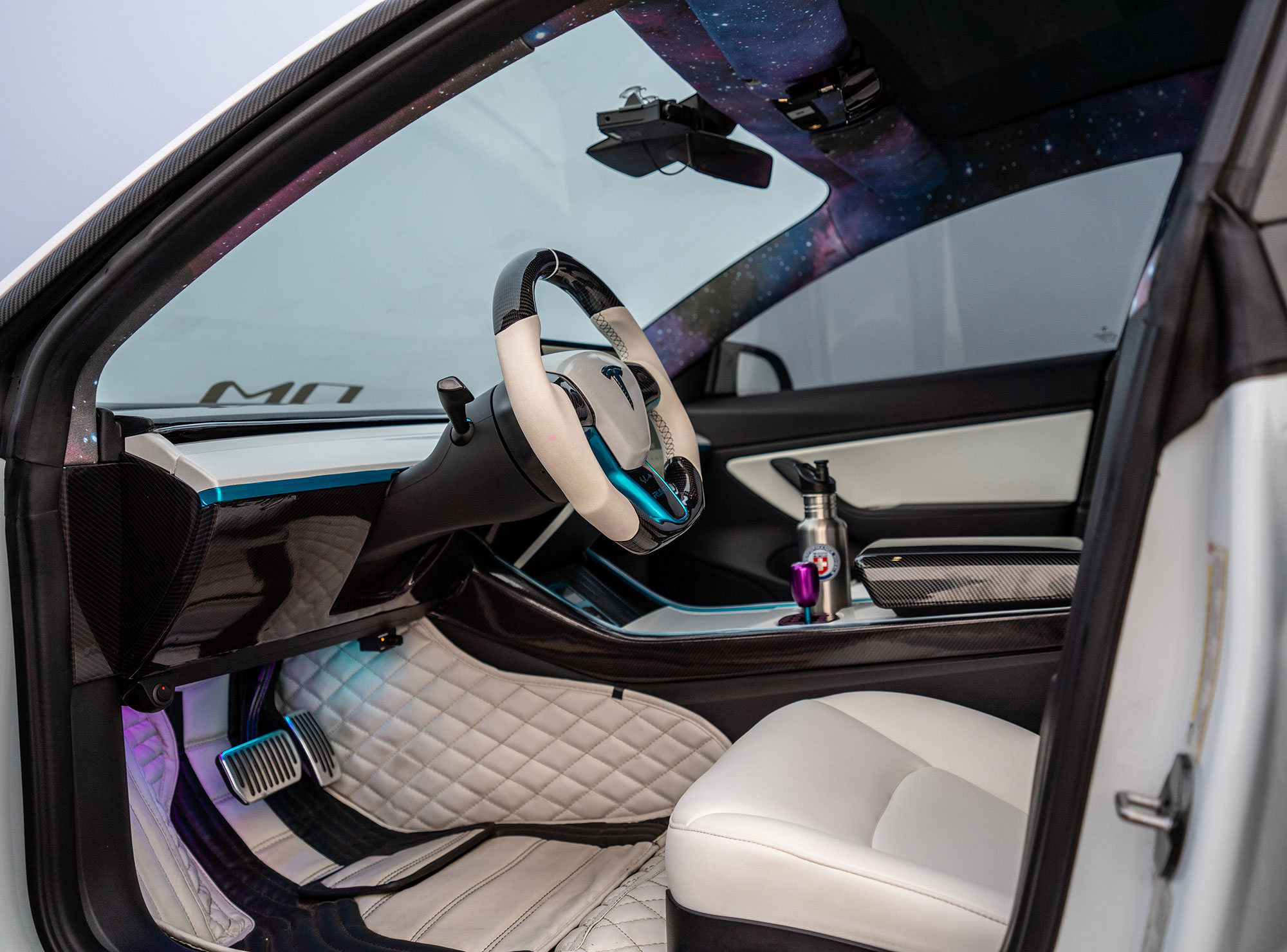 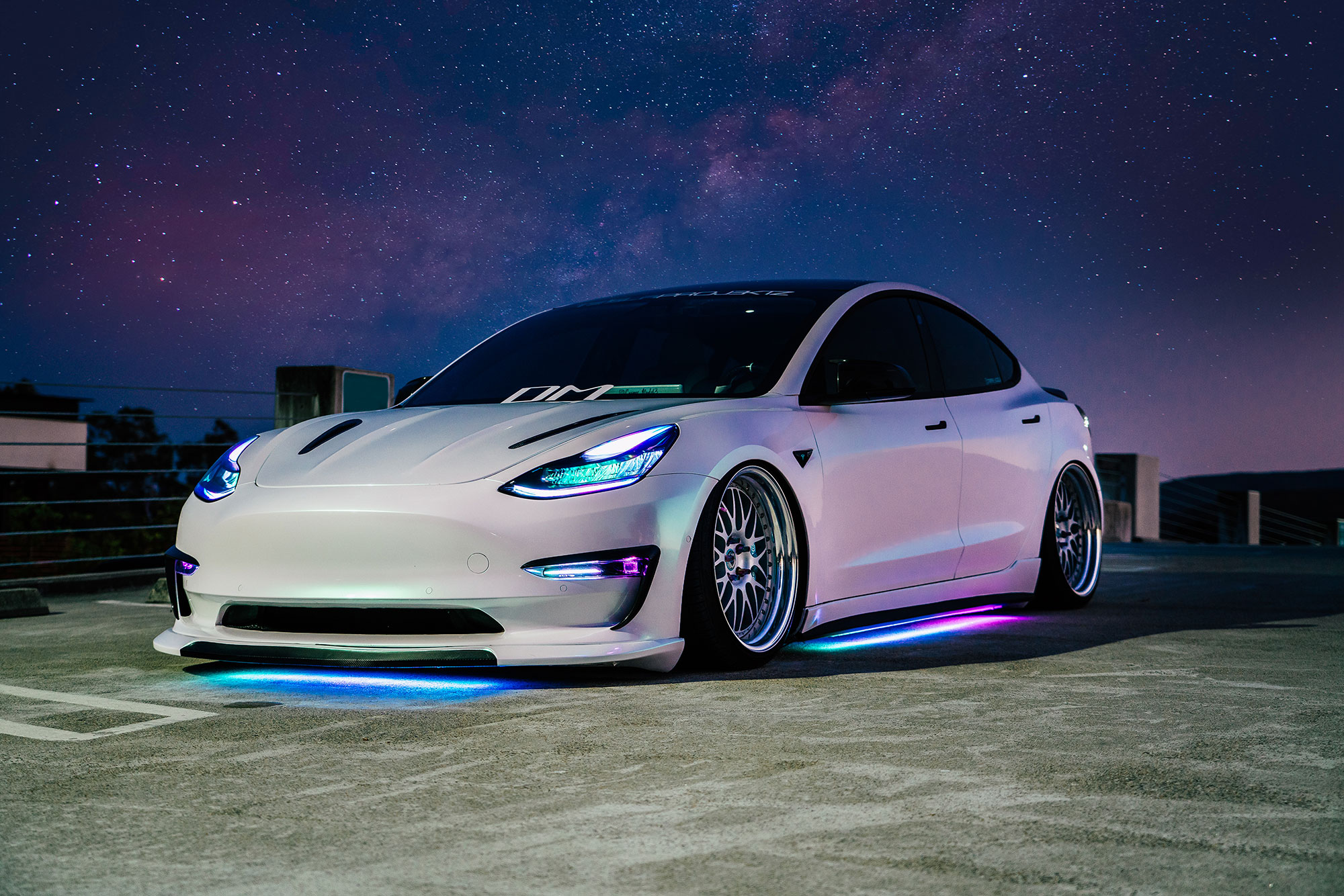 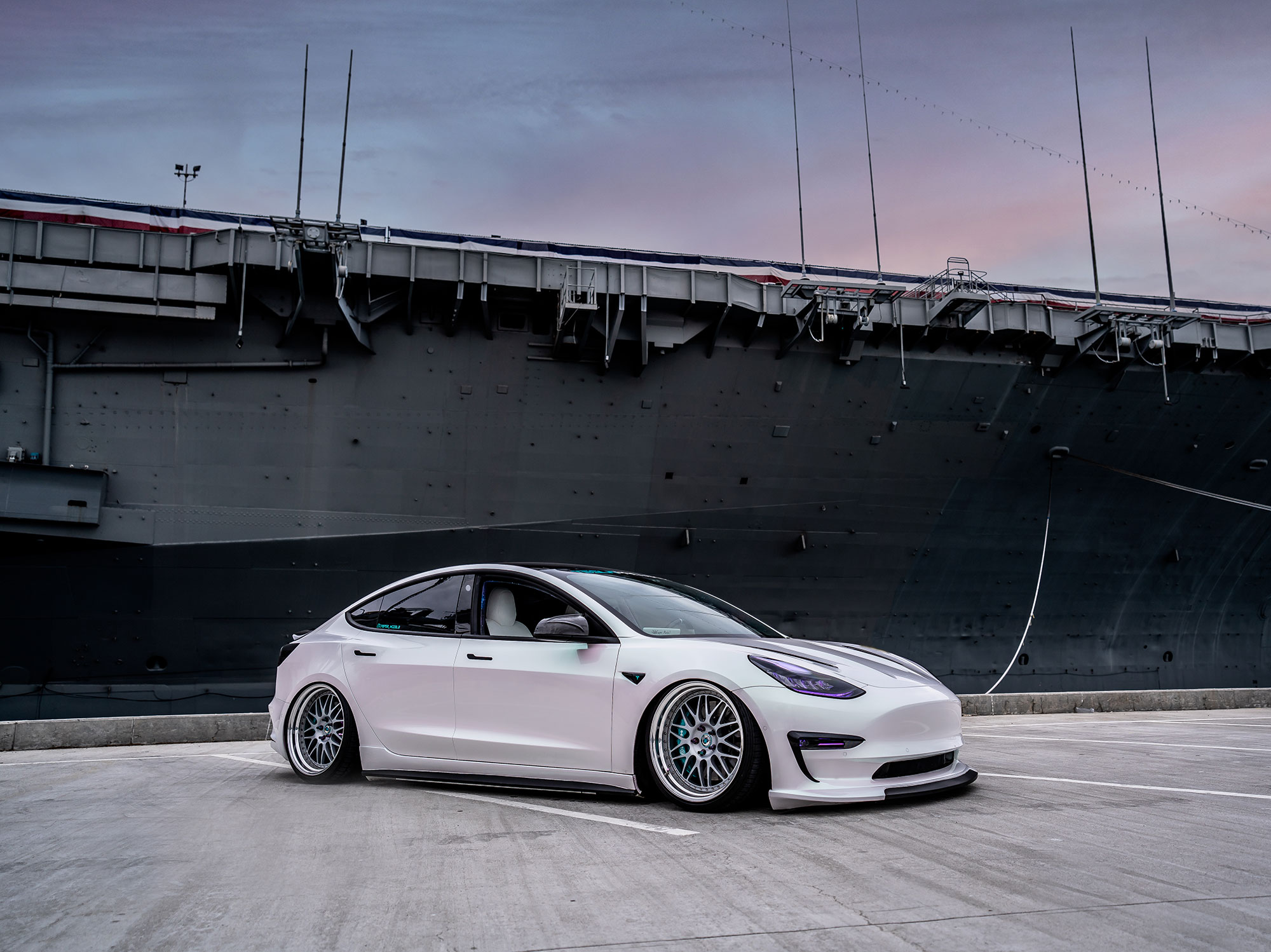 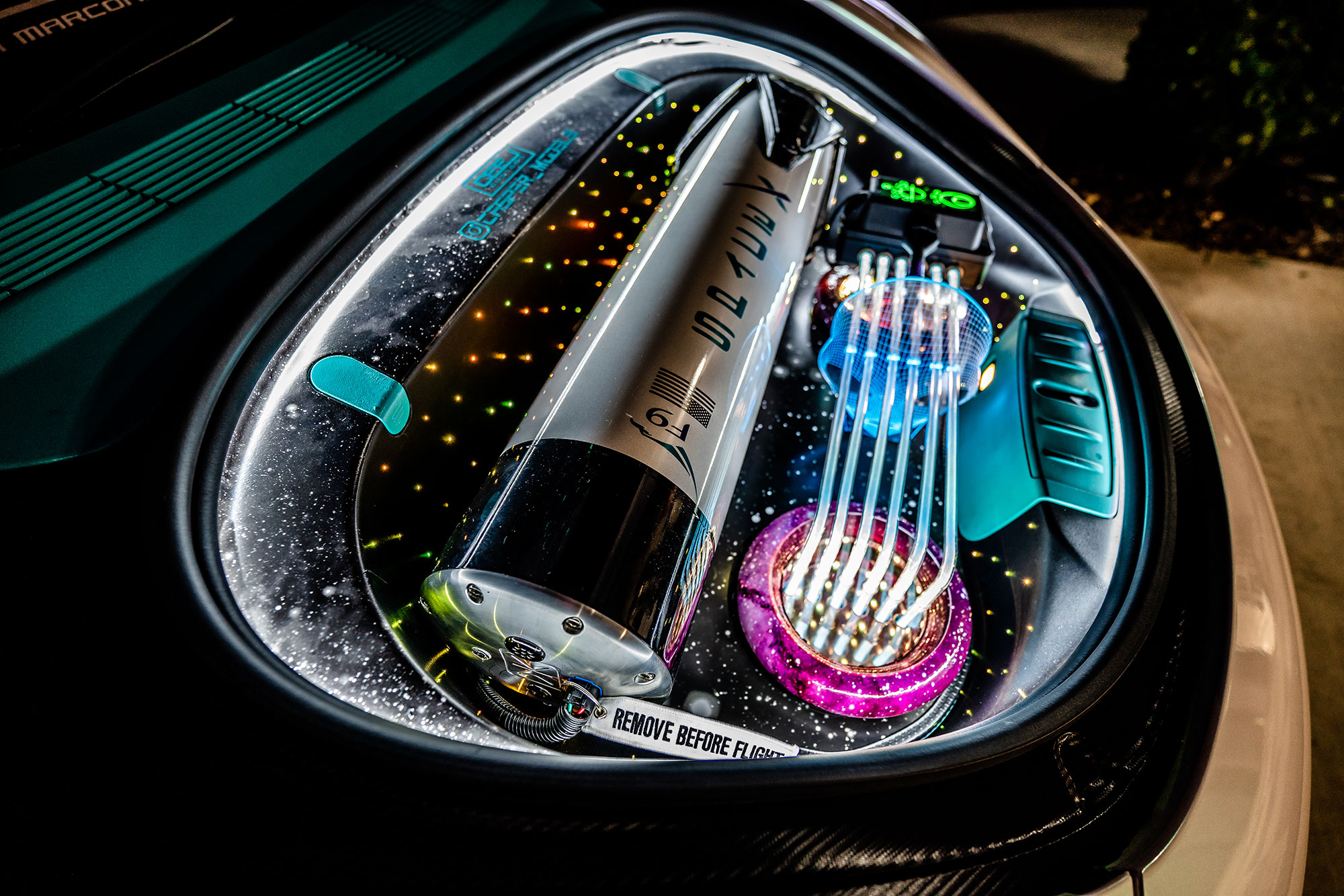 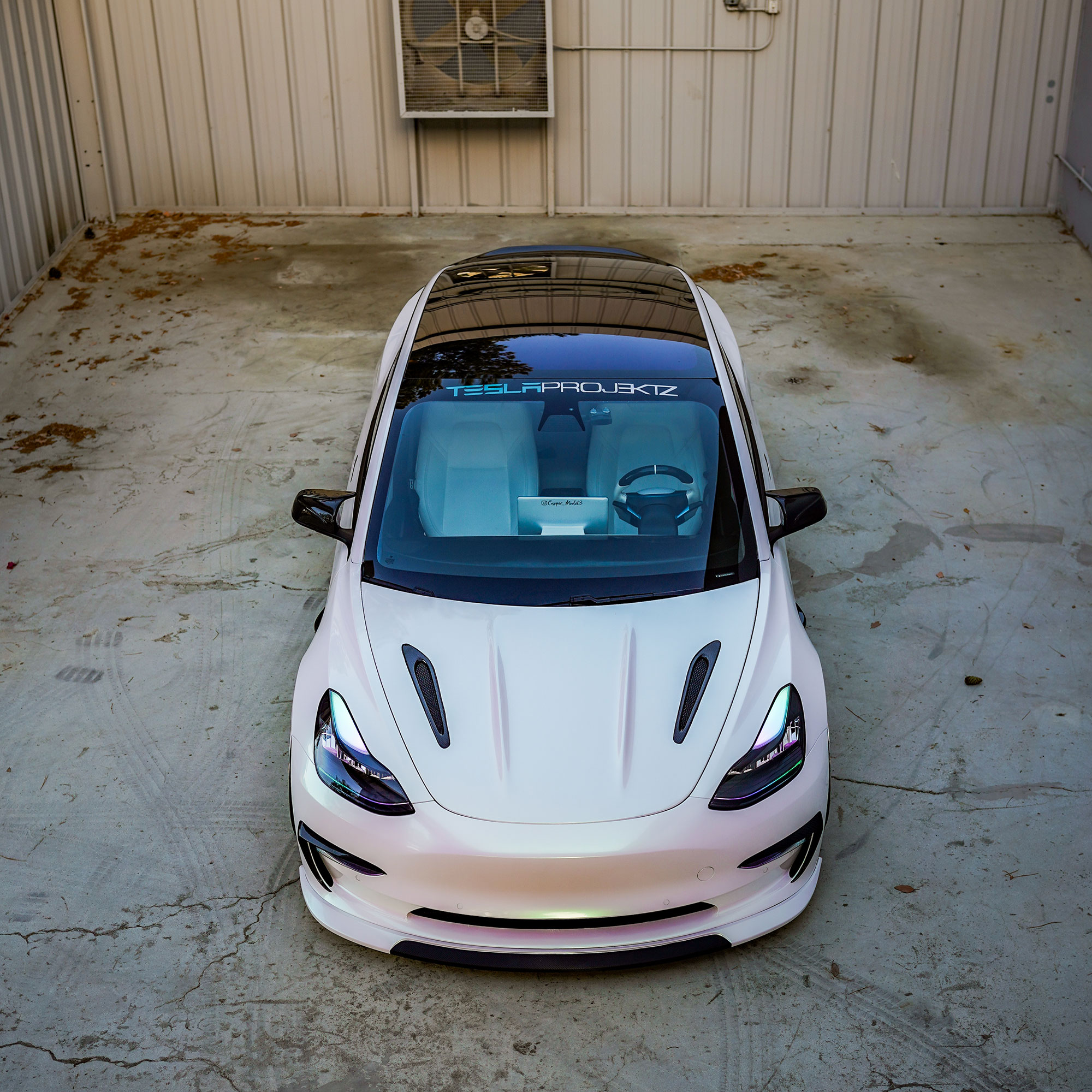 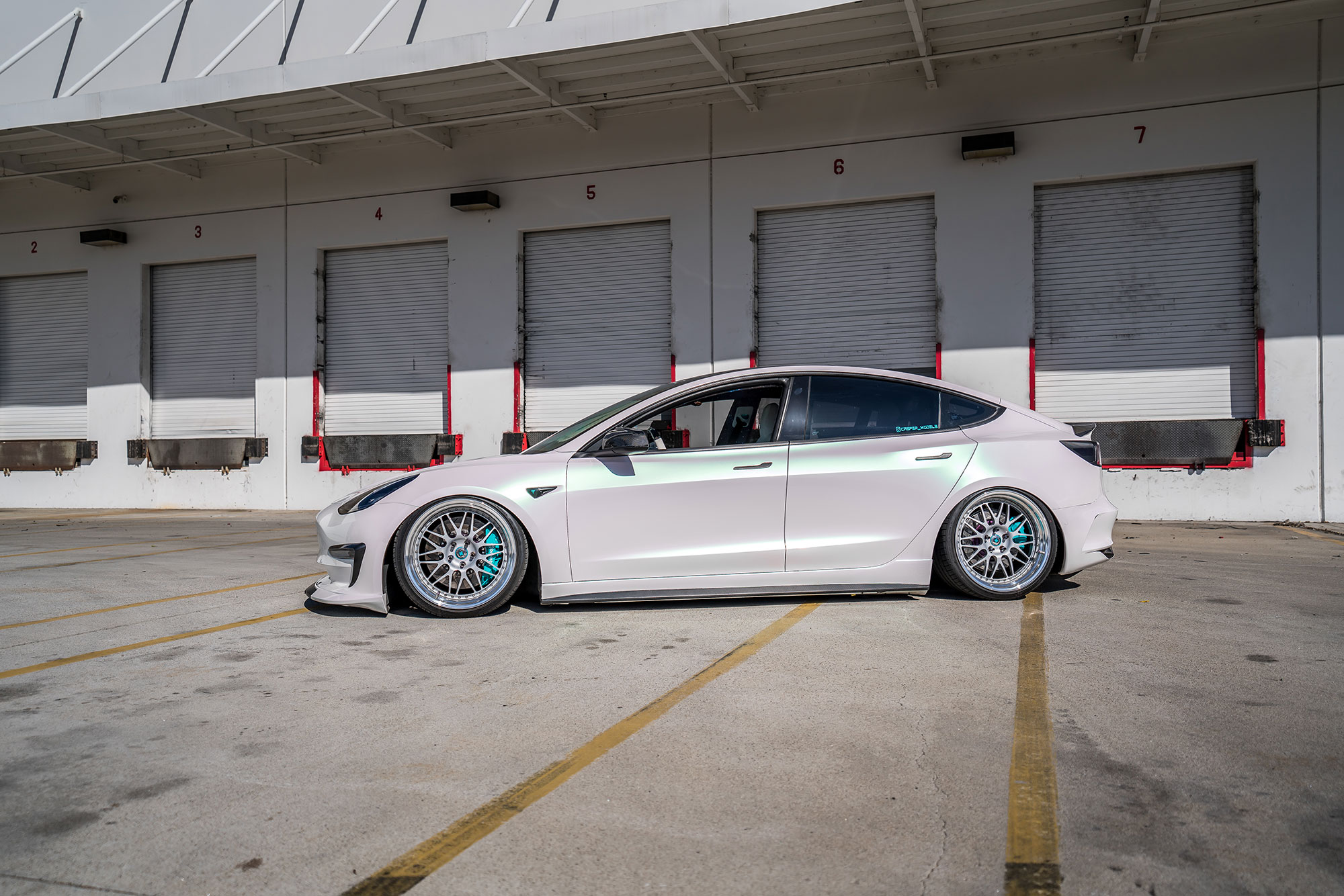 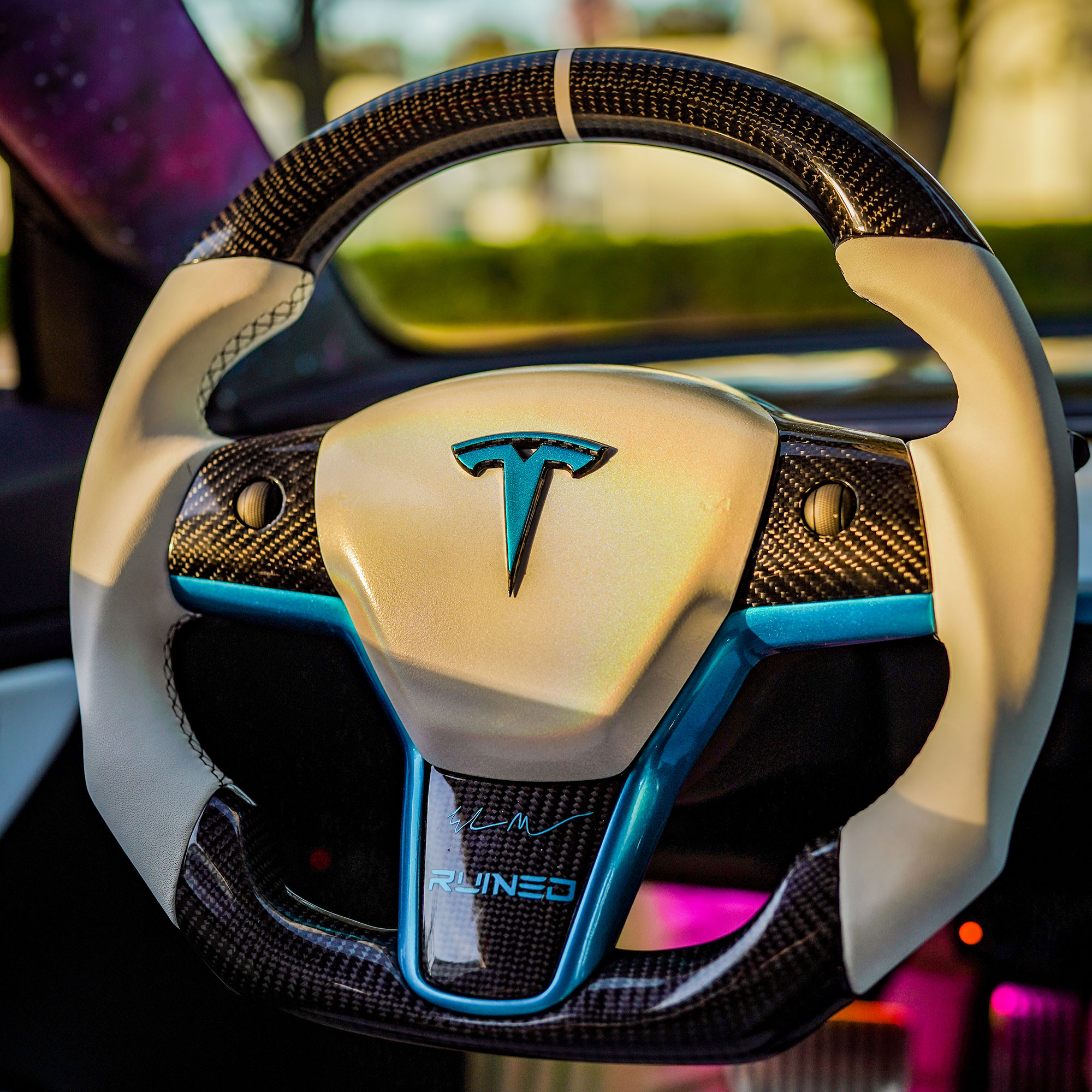 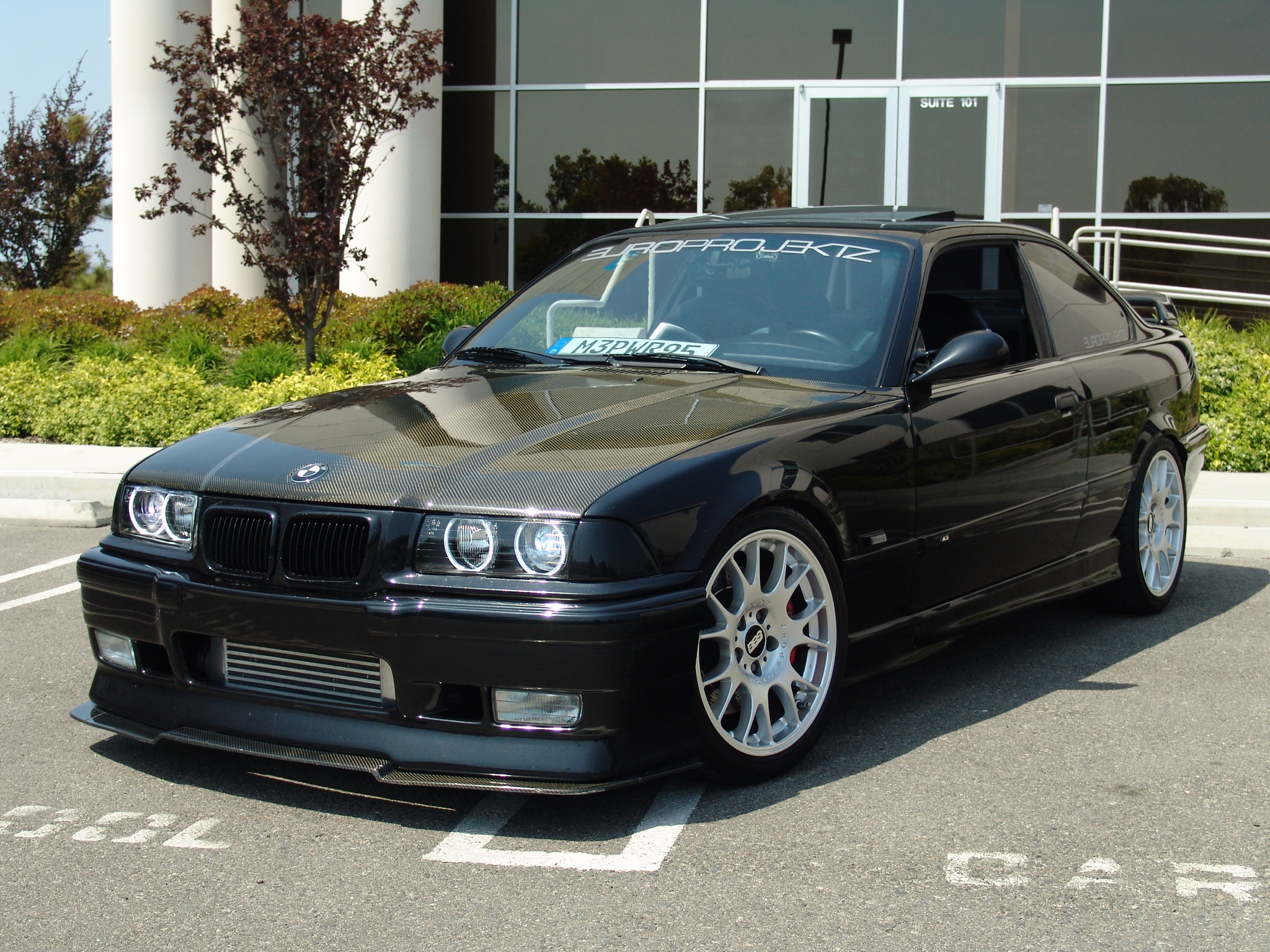 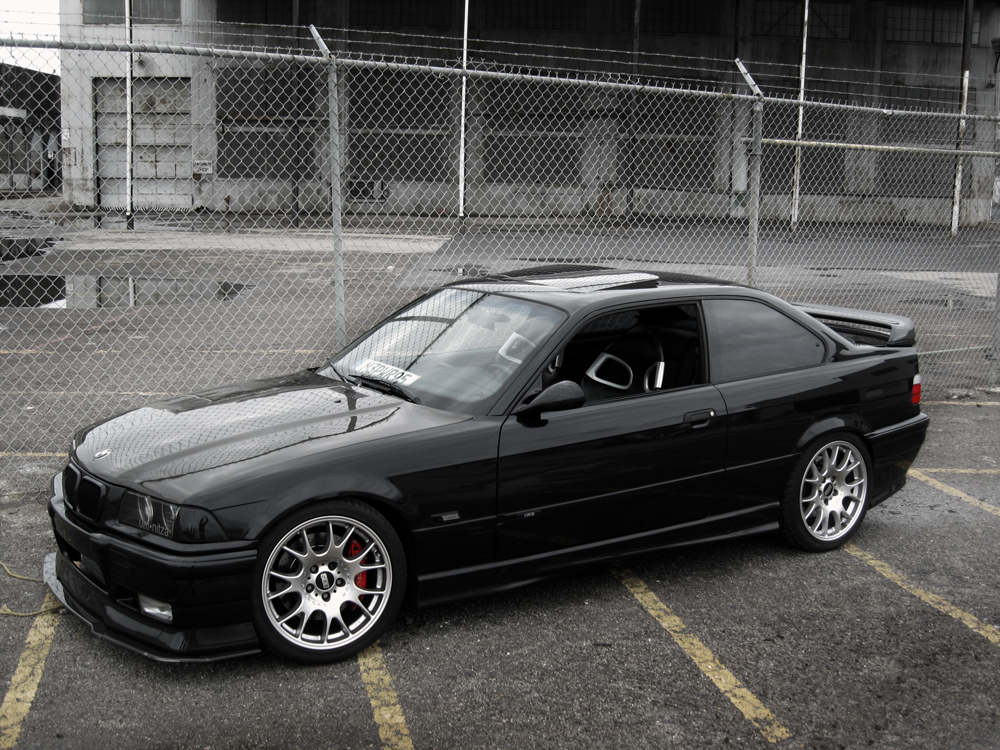 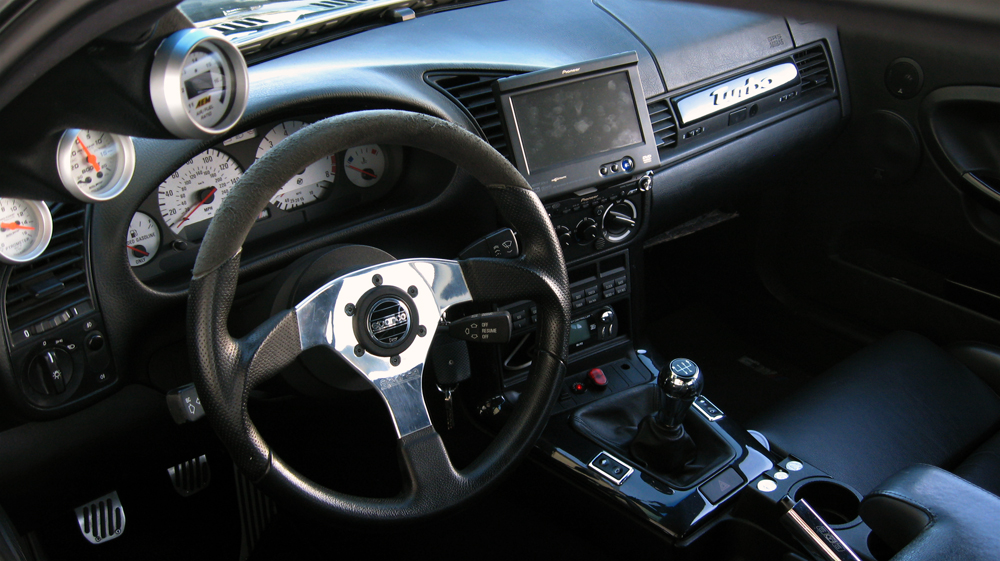 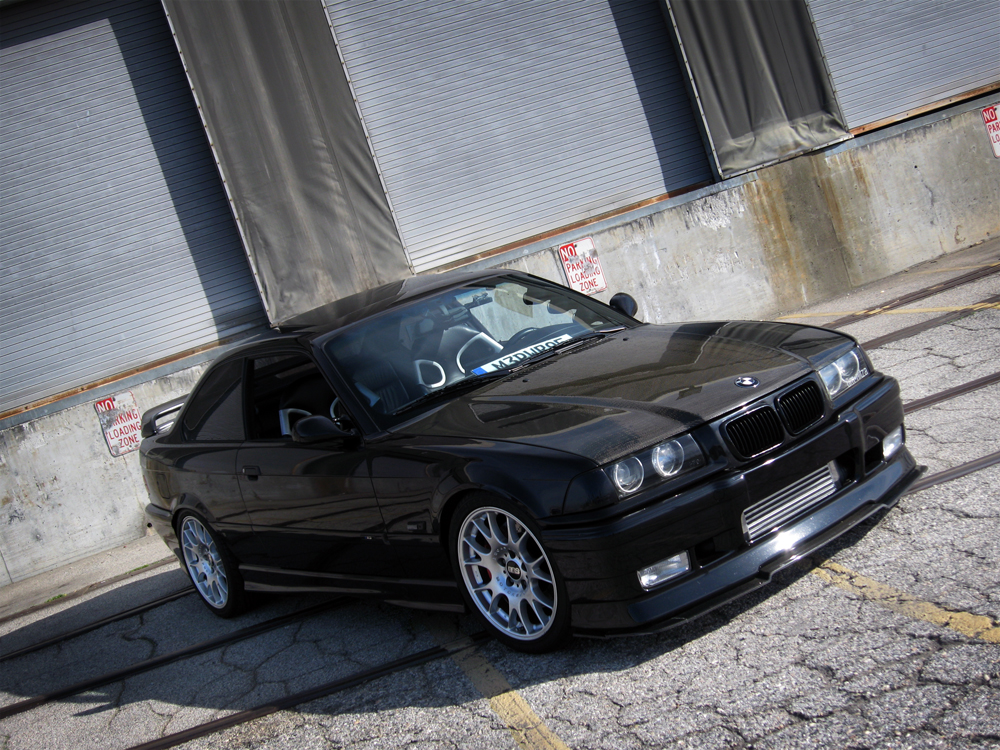 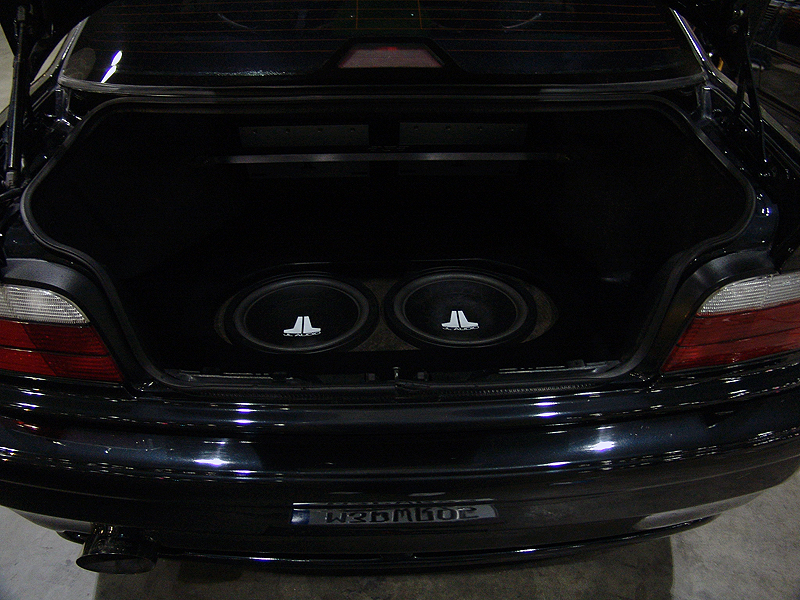 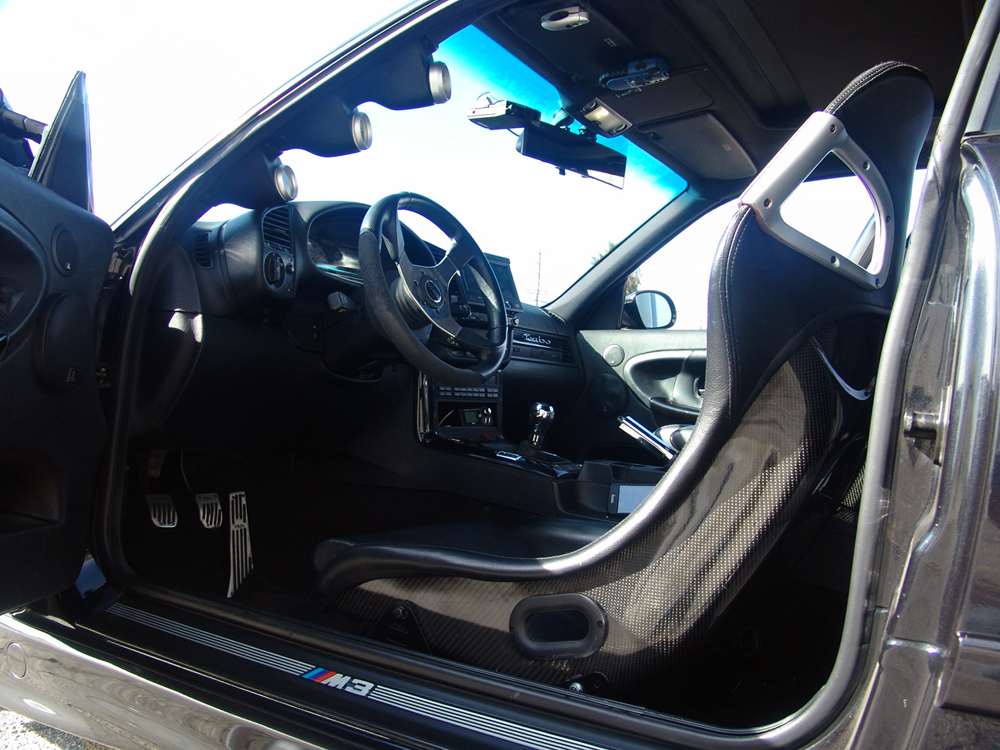 OEM Euro Clears side and rear